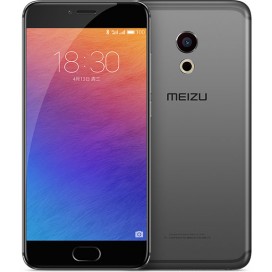 Meizu, the Chinese manufacturer, has announced its new flagship Meizu Pro 6 Plus. The company is a little unknown, but they sure have been releasing some relatively impressive budget phones. This aims to level out the playing field after the Pro 5 release that didn’t work out as they hoped it would. Historically, the MX4 with its 1536p display and top of the line camera was better accepted by consumers than the later released Pro 5 that didn’t make much sizzle in the market.
Pro 6 Plus was released to redeem the image and win back the followers that they may have lost. The flagship Pro 6 Plus is chock full of goodness packed in a sleek little package, but will not set you back a hefty penny unlike other flagship phones in the market.
A few things you need to learn about the Newest from Meizu Pro 6:
• Operating System
It is packed with Android 6.0 Marshmallow with the latest Flyme OS 5.2 that comes with several useful stock applications. Flyme is their version of a heavily skinned Android and has over 400 new features. The phone comes with its own AI that adjusts the power consumption and performance depending on the user’s preferences. The Flyme is highly customizable and supports multi-view to better manage tasks and application switching. Those who are not used to this Operating System may need some time to learn the ins and outs.
The use of Marshmallow may seem like a disadvantage for this phone. However, it does show how long this phone has been under development. In most cases, it’s wiser to go with proven off-the-shelf parts rather than play catch up incorporating Android 7 Nougat. The next generation high-end offerings coming out early next year are all slated to use Nougat. Also, Flyme has a lot of innovations which need to be ported to Nougat before it can be put to use on the Pro 6 Plus.
• Battery Life
This is probably the only downside of a very decent phone. It has a battery with 2550 mAh, 500 mAh less that of a Pro 5. It may not be much, but it does last at least 9 hours with continuous video playback, not bad at all. For heavy phone users with multiple application running, it is still best to bring the cable around since the X25 doesn’t seem to be a power efficient chip. The use of a larger battery or the use of the next generation X27 would have helped Meizu with a better energy efficient smartphone. This is not a fast-charging phone, and you would need to bring along the cable and charger, in case you’re out of juice.
• Camera
Similar to its predecessor, it has a Sony IMX230 sensor and the main camera with 21 megapixels with 4K capabilities. It has the usual automatic shooting mode and HDR, and manual setting where you can select shutter speeds up to 20 and ISO up to 1600. The camera has tons of features with easy to manipulate interface that produces almost DSLR-like snaps under good condition.
• Processor
Meizu abandoned the Samsung-made Exynos 8890 that powered their MX4 and Pro 5, instead, for Pro 6 Plus, they went with the latest MediaTek Helio X25 deca-core with a choice between 64GB or 128GB super fast UFD 2.0, 4GB RAM, and a Mali T880 MP12 GPU. With this, it is speculated to throttle the performance, giving users an insane quad-core speed. It might not show a big difference when compared side by side with the competition, but bear in mind, this is a fraction of the price. It may not be as revolutionary, but it will deliver the performance with a more balanced graphics.
• Design
It has a 147.7 x 70.3mm with a 5 inch Quad HD Super AMOLED display with 1080p resolution, covered by Gorilla Glass 4. It has an aluminum unibody with curves, rounded edges, and antenna strip that is reminiscent of the Apple designs. On the back, you’ll notice that there is a slight hump from the camera that couldn’t be fit flush on the body. It is centered and accompanied by a 10-LED flash ring right below it. The SIM card tray is found on the right-hand side with the power button and the volume toggles. The Pro 6 Plus has a pleasing overall appearance that feels sturdy and easy to grip.
Its features can compare with some high-end models. With a decent battery life and performance, it should be worth the price point. Its feature set is almost comparable to phone models which are up to $100 more expensive.
As a relatively unknown brand, Meizu has mixed success. It does have a good market worldwide but is not that much visible outside of Asia. The Meizu Pro 6 Plus is aimed at the mid-range market mainly because of the slower MediaTek processor. On paper, it would be hard put to compete with other smartphones with the larger, like Sony, Samsung, HTC, Huawei, Lumia and Apple.
Meizu’s approach looks to make a banner of the Pro 6 Plus, marketing it in the United States, and using the marketing to make a splash with third-world countries which do not have a saturated market. However, unlike other US competitors, it seems that Meizu is not going to race to the bottom. The Pro 6 Plus is a solid competitor, and it should be durable enough to create an impression.