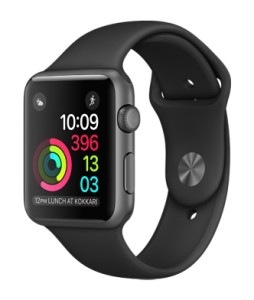 Apple Watch now has a new upcoming feature called the Theater Mode. This was recently shared in release notes of watchOS 3.2 beta which Apple shared. Between the announcement and release date, there are still a lot of things to do.

With this mode on, Apple Watch users can easily put the watch on mute. They can also disable the raise to wake feature as well as avoid the screen from lighting up with a wrist raise.  With this new mode, users can now feel guilt-free from disturbing other people when they are, say, watching a movie or play in a theater (hence the name).

Users need not worry about notifications, as they will still get these including haptics while still in Theater mode. While in this mode, users can view notifications by tapping on the screen and selecting the digital crown button.

Rumors have suggested that the Theater Mode will be part of the iOS 10.3 upgrade. However, it looks like the Mode was designed for the Apple Watch instead. The iOS 10.3 upgrade includes a Find My Airpods option. This is for the bestselling wireless headphones recently released by the company so that users can easily track the small earbuds. Upgrades also include an Apple ID profile, a new file system, floating iPad keyboard, and more. Reportedly, Apple is also planning on bringing the Theater Mode to its iPhones too. However, there is still no word on this yet.

Theater Mode is one feature which may have been overlooked for too long. Theaters typically ask their viewers to mute their phones or even to shut them off. Smartwatch owners are typically not too thrilled when that request is made. It usually takes several steps to mute or turn off smartwatches. Also, it takes a while before a smartwatch is turned back on.

The notes of watchOS 3.2 beta highlight the new features that will be included in the update. These will include framework enhancements and audio player. Apart from the Theater mode, the release notes said that there would be the WKAudioFilePlayerItem class which introduces the “setCurrentTime” method, and also lets you specify an offset in an audio file.”  There will also be an AVAudioPlayer which will become available on watchOS. Use the AVAudioPlayer for simple playback of audio data from a file or memory.”

Music players embedded on phones have been around for a while. There are several limitations of these devices. First off, they use a lot of battery charge. Second, is that older media player watches depended on a wired earphone. Last but not the least, there is only a limited number of songs available due to storage memory limitations. With the current crop of smartwatches, this is no longer a problem. It is easy to see that watches can allocate upwards of 1GB for a playlist, which can be substantial. In fact, the battery might run out before the whole list of songs is played.

The favorite assistant will also get an upgrade, as watch OS 3.2 includes the Sirikit. Users can request for Siri on their Apple Watch to send a message via Whats App, book a ride on Uber, make a payment, and make other requests that the app can handle. As of late, there are only a few things which Siri can do with the Apple Watch.  Not all apps will be able to take advantage of Siri’s integration with the Apple Watch.

According to the release notes, “Apps that provide services in specific domains can use Sirikit to make those services available through Siri on watchOS. Making your services available requires creating one or more app extensions using the Intents and Intents UI frameworks. Sirikit in watchOS supports services in the following domains: Messaging, Payments, Ride booking, Workouts, Calling, Searching photos.” (n.d.). Retrieved from https://developer.apple.com/library/prerelease/content/releasenotes/General/WhatsNewInwatchOS/Articles/watchOS3_2.html.

The portability of Siri has long been expected since it was ported upwards to the Mac. It won’t be a stretch of the imagination to expect that Siri will be on all Apple devices soon. As a modern AI, Siri is less dependent on a device’s processing power. All the processing can be done on the server-side. The user’s commands are treated as requests, which are sent to be parsed and processed by the server. The learning part of the AI also happens on the server side rather than on the client. In which case, it does not matter what the client is. Also, Siri would be responding and store data according to the user account, and not for a particular device.

The software of the Apple Watch will let you talk to Siri to carry out commands to third-party apps. This is a great improvement for voice based computers and assistants, especially to those who use smart wristwear. Apple Watch users can already make use of the apps such as WhatsApp and Uber, however, with Siri, it makes things a lot easier. With the small screen of the smart watch, speaking to it will be simpler than tapping and tapping. Saying, “Siri get me an uber,” with your iPhone still in your purse will now be possible. Plus, you can wait and be notified that your car has arrived without ever taking your phone out of your bag.

Apple has yet to share the watch OS3.2 beta to developers. Plus, there is still no release date as of yet. It is still unclear on when Apple will be rolling the new updates to the public.