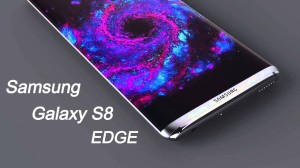 Samsung S- series fans have been long waiting for the newest release from Samsung Mobile. Since the release of the first of many S-series smartphones, fans have anxiously awaited the next best thing from Samsung which made every phone announcement and release very interesting. Every smartphone release became a sensation putting Samsung on the top of the Android competition until the Note 7 explosion.

Fans may have gotten a big scare with the fiasco, but it did not quench their thirst for the Samsung phones. The Note 7 issue may have given the Samsung name a little bad reputation, but it also made fans more curious on how they will be able to resolve an issue as big as this which made the release of S8 even more anticipated.

It has been a good couple of years for Samsung with one milestone after the other; there has been news of the Apple and Samsung lawsuit, then followed by a major company recall of all the Note 7 they have sold and the halt in its production. It has made everyone to stop and wait as to how the company will turn their fortune around with the new smartphone releases this year.

Samsung will start 2017 with an addition to the S-series phone, the S8. Unfortunately, contrary to what the masses have expected, this phone will not be unveiled at the Mobile World Congress in February. It has been pretty obvious that the company has pushed the release of the S8 a little further, by more than few more months.

While we wait, here are some information about the S8:

A lot may have been disappointed upon hearing the news of S8’s delayed release, but the company has assured everyone that this delay is due to an added testing procedure to avoid another fiasco like the Note 7.  In the reports that they have gathered, it was indicated that the Note 7’s battery issue could have been due to the aggressive production schedule before or after the launch, and they have extended a few more months to the S8’s to ensure this new phone is treated with great care.

According to Samsung President DJ Koh, after the massive global recall which leads to the return of 96 percent of the 3 million handsets sold all over the world, the company has put in place a new 8-point safety check for its battery for all its future devices.

The S7s release was smothered a bit by the Note 7 news which momentarily took the spotlight off the Samsung’s current flagship. The S8 is geared at toppling over the S7 from its current position with bigger better features making it the new Samsung Flagship phone.

It is rumored to have a bezel-less dual-curved edge Quad-HD Super AMOLED display which will come in 5.7 inch and 6.2 inches for the Galaxy S8 Plus. The company is said to have removed the physical home button and integrating a virtual button on the 4K display. There have also been suggestions on the elimination of the flat version but both S8 and S8 plus with an all-screen design from top to bottom.

Of course, it is also safe to assume that the company will equip it with the latest processor chips and operating system available; it is said to have a Qualcomm Snapdragon 835 or Exynos 8895 depending on the region, with an 8895 Adreno 540 or ARM Mali-G71 GPU.

There are rumors that it also has a portless design which means it may be no longer an audio port and will result to wireless charging. However, it will most probably have a USB-C port with an audio jack. Since Apple released their latest iPhone without an audio jack, there have been several phone manufacturers who have followed suit. Although this looks like something which Samsung can do, there are indications that the S8 will still have an audio jack. Traditionalists would welcome this news as they can use their preferred brand and model of earphones and headsets.

A single USB-C does make sense. This is a high-speed, high-bandwidth, high-powered version of the USB. With a single USB-C, the phone can have fast charging, as well as fast data transfers.

According to reports, it won’t have a 4K screen. However, it would most probably have a 1440×2560 Quad HD Super AMOLED display. This will allow for a curved screen which would be almost wholly bezel-less for the front of the phone. The 2K resolution display will most probably be used. Plans continue for the use of a 4K display for the Galaxy Note 8.

The S8 will have two models, one of 5.7 inches and the other will be 6.2 inches. These will replace the 5.1 and 5.5 inches S7 and S7 Edge models. Even with the larger size screens, these would sit on cases which are just marginally larger than the displays.

Samsung will include their new artificial intelligence assistant. Called Bixby, this is something that Samsung will push to compete with Microsoft Cortana, Amazon Alexa, Apple Siri and Google’s AI. They already bought an AI development company, and they have the appliances which they can use with the AI.

After the S7 fiasco, Samsung is in no hurry to roll out the S8. They paid a large sum for the recall of more around 3 million S7 units. In this instance, Samsung has learned their lesson and would not want a repeat of that problem and huge loss ever again.