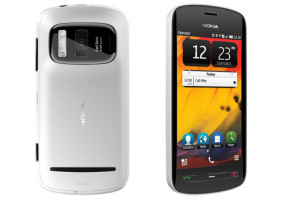 Instagram started out as an app on the iPhone. It was a simple app where you take a picture, and you upload it almost immediately to your Instagram account. Since it was first launched, it has gathered critical mass and has swayed or influenced smartphones. According to Instagram, there are more than 500 million users, who have uploaded more than 34.7 billion pictures. These generate more than 1.65 billion likes per day. There are also 52 million pictures uploaded per day.

For the cell phone industry, these are important numbers. This is only for one social media. There are other social media apps which use cell phones only to communicate with other users. These include Viber, Snapchat, Prisma, and others. Most of these are cell phone apps only or are only capable of uploading images from the cell phone, with desktop versions only showing the feed.

Recent specifications and their corresponding reviews have shown that the cellphone cameras are usually more important than other technical details. Come to think of it, the big differentiator between different cell phone brands and models is the built-in camera.

Although cell phone photography has been around for a while, the real point when it started to become the focus of attention was when the iPhone started selling the idea of good quality cell phone photography. It is also universally accepted that the height of it became serious when Nokia released the 808 PureView with a 41-megapixel camera.

Nowadays, people have toned down a bit and understand several things about megapixels and cellphone cameras: that high megapixel count does not translate to great quality; and that cellphone photography quality is dependent on other things. This is the reason for the Apple iPhone and the Samsung S7 quality image capture.

However, going back to the Instagram posts, there is one statistic which is not clearly defined: how many selfies. It appears that a lot of people buy cameras to take selfies

There are now several cell phone manufacturers who have taken it upon themselves to make better selfies. Originally, cell phones have one cell phone camera which faced to the rear. Later on, the front-facing camera was introduced. However, it was always the smaller of the two cameras, with no flash and no other enhancing feature. The rear-facing camera had more megapixels, which was sometimes up to twice the pixel count of the front-facing camera. However, more people take selfies, rather than any other kind of image. There are more selfies than pictures of food or landscapes or any other topic. In this case, it just makes sense to sell to that knowledge. All things being equal more people would buy a cellphone which had a front-facing camera which was better than the rear-facing (primary) camera.

The latest high-end from Oppo addresses that issue. The Oppo F1s is described as the Selfie Expert. It has a 16 mp front-facing camera and a 13 mp rear camera. Topping that is a camera from Vivo. This little-known brand uses a 20 Mp and an eight Mp dual front facing camera setup, along with a 16 Mp rear camera. It also has Selfie Settings specifically for adjusting images taken with the front-facing camera. It also has a bokeh control which adjusts the bokeh.

In the meantime, in high-end cameras, it is still considered that the best images come from the Apple iPhone and cameras from Samsung. The Google Pixel and Pixel XL are, as far as technical testing is concerned, the best cameras on a cell phone. The explanation is that the always-on HDR is a big advantage, giving it good focus and contrast.

Sony has been the aberration in the camera race. They have a better camera unit than Samsung. As a company, Sony sells more cameras than Samsung. They make their sensors, which is also used by other camera manufacturers. However, they do not even compare with what Samsung and Apple cell phone cameras can do. There was a time when a Sony cellphone was an MP3 player first, or a camera first, and a cellphone second. Nowadays, they are floundering with other technologies and not giving their cell phone segment its due attention.

There are a lot of trends coming soon this year. VR is expected to finally breakout. AI will consolidate its gains. Small cellphone manufacturers will start selling cheap phones in the United States. The most important thing is still that of cameras. Instagram and Snapchat will be leading the way as venues for innovative use of the camera. Facebook is gaining ground as an image sharing website. If Google can leverage Google Photos not only as a cloud service but also as an image sharing site, then they should have a leg up on Facebook.

Still, the most important part is that new players are pushing their camera capabilities more than anything else. The reasoning is simple. Most users do not mind nor care if the cell phone has Quad-core, Octa-core or Decacore. They also don’t care that it is fast for games. What they care about is the ease of operation and the clarity of the selfie. Any company which can deliver the best selfie at an affordable price will be able to capture a good sized segment of the market.

Of course, there are several limitations for the selfie. For one, the screen real estate is increasing, meaning that the screen is encroaching on the space allotted for the camera. For another, the small sensor means that it needs a small lens, and a small lens means that the resulting image will have a barreling effect. Barreling is when the image seems wider in the middle, like a barrel.

These things will have to be addressed, but it still does not mean a sure thing in capturing the cellphone market via the social media posting.