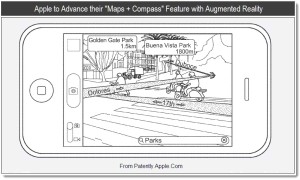 Apple is one of the forerunners in the Smartphone industry alongside Samsung and Motorola. Since the fiasco of the Note 7, VR powerhouse Oculus has discontinued Gear VR leaving the virtual world open for the taking. Apple CEO Tim Cook has recently been heard hinting in an interview last October of their new technology that will revolutionize maps, photos, and how we use the Apple camera app. Rumors say that Apple has been gathering specialists including a newly hired expert in head-mounted displays, John Border. It is said that Apple is working on a virtual and augmented reality device along with a new wearable AR glasses.

According to reports, the users will have an enriched environment through the Apple camera app filled with directions and information about their surroundings through special recognition. It can even add a game character to the picture similar to the recently released Pokemon Go. The phone will have advanced sensors what will have the ability to generate real-time views of the surroundings while superimposing digital information. The application will also provide multiple views depending on the device’s angle; the firm aims to have users point the device at a real world object and be recognized which could include mapping, manipulation and even facial recognition.

The capabilities of AR has been shown in Pokemon Go, and it is easy to see that the technology can be used in a lot of other situations, including that of mapping, surveying, and planning with CAD. AR can also be used in presentation as well as games. One advantage of AR is that it does not require glasses. The overlay of an object appears only on the cellphone screen.

AR first became popularized and highly talked about after the leak from Google and their Google Glass, then much recently, Microsoft has made an impressive demonstration of their upcoming product, the HoloLens. There are also reports on Apple’s efforts on a new wearable tech that is stylish and smart that will easily pair with your iPhone. Unlike virtual reality, AR has see-through glasses, and you are still able to see the world around you with projected displays right in front of your eyes.

Although the wearable tech is not to be expected until 2018, there has been news that Apple has been exploring the production and is now already in the advanced stage of development. AR can be used without any glasses or other wearable. However, with the use of AR glasses, more overlays and applications can be done.

Communications with AR capabilities can also be used. This is a logical extension to the plugins used on Snapchat, as well as emojis and masks.

Apple has been very secretive about the new technological innovation, but throughout the years, Apple has obviously made many endeavors gearing towards AR. It includes hiring VR experts like Nick Thompson, an engineer from Microsoft who worked on the HoloLens audio hardware, and Bennett Wilburn, another Microsoft employee, and expert on machine learning technology for human activity recognition. Doug Bowman, Graham Myhre, Zeyu Li, Yury Petrov, and John Metcalf are some more of the top authorities in 3D and interactive displays technology that backs the VR/AR rumors. Furthermore, Apple has acquired PrimeSense back in 2013, the company responsible for the development of the Xbox Kinect technology. Metaio, Faceshift, and Flyby Media were also bought by Apple, companies that specialize in AR technology, image recognition, and large-scale navigation and 3D tracking.

Acquiring talent or companies is one way to leapfrog development. With PrimeSense personnel and technology, Apple is in a prime position to move forward with both AR and VR. Although the IT industry is well known for its high level of secrecy, Apple has always been a very secretive company which takes security seriously.

While consumers wait for the proper announcement of this innovation from Apple, consumers can look forward to the new camera app that is being developed for AR. Here are the things to look forward to: